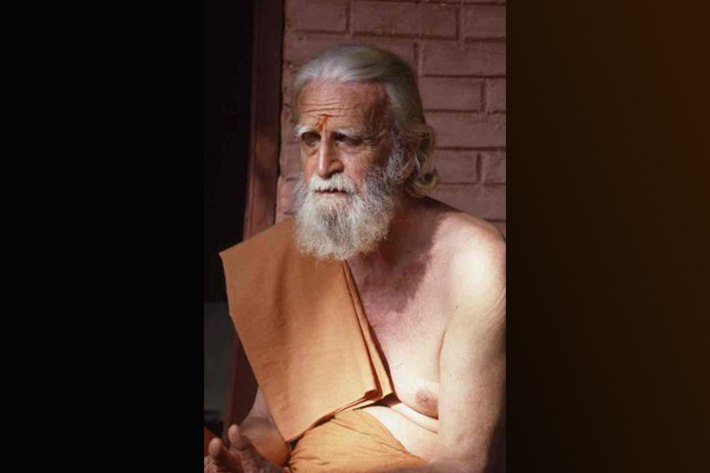 Bede Griffiths (1906 – 1993) was an English Benedictine monk who went to India in 1955 to ‘find the other half of my soul’. On his death he was described by the late Cardinal Basil Hume as a ‘mystic in touch with absolute love and beauty’. He was one of the great Christian mystics of the 20th century, inspiring men and women who came from all over the world to Shantivanam, his ashram in southern India.

Bede sought what he called the marriage of East and West in which the West with its over-reliance on the intellectual mind, and the East with its intuitive understanding of the sacred in everything, could come together to create a new spiritual synthesis for the modern world.

Bede lived his own marriage of East and West in which his experience of Advaita opened up the non-duality at the heart of the experience of Christ in the world and the cosmos. His hope was that whereas Greek philosophy created the language of Christianity in the early centuries of the Church, the development of an understanding of the mystery of Christ through Vedic philosophy and spirituality would be the work of the next 500 years. Bede’s insight was that the way to this integral Christianity was through meditation and going beyond discursive thought into contemplation. He was convinced that the future of the Church and of Western society was through the renewal of the contemplative life.

Speaker Adrian Rance-McGregor, knew Fr Bede from childhood and was with him shortly before his death in 1993. He helped form and direct the Bede Griffiths Sangha in the UK and was a co-founder of the Bede Griffiths Charitable Trust. He has collected and published volumes of letters from Fr Bede to his friends.