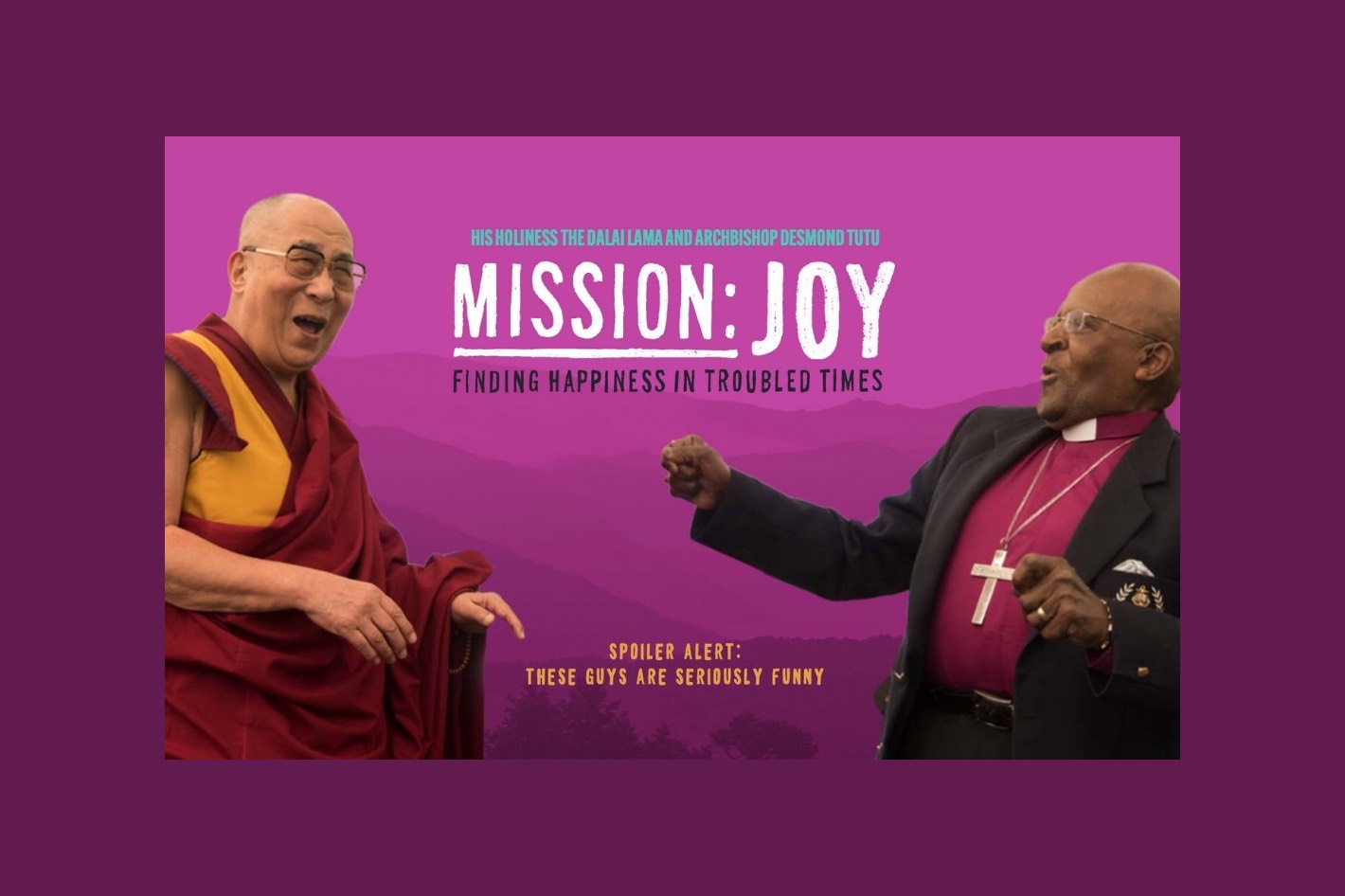 The film Mission Joy tells of the warm relationship between Archbishop Desmond Tutu and the Dalai Lama. And both men were adamant that as many people as possible should be able to see the film, which advocates the importance of acting in as positive, conscious and joyful way.

The film has not yet been launched worldwide, but to mark the recent passing of the Archbishop, the Fintry Trust has applied for permission to host a special free screening.

The Joy Team, the Archbishop’s own supporters, write:- ‘Standing with you on this day, grateful for his life and his example of what JOY-fuelled action can accomplish, even amid seemingly insurmountable challenge.

…his fierce embrace of justice,
of love and laughter,
of kindness,
of ubuntu,
live on in all of us as wisdom shared.