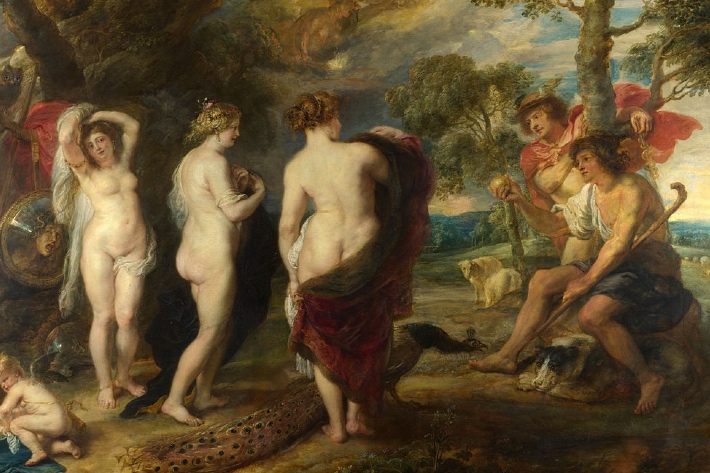 Myths generate and illuminate whole civilisations. Whether ancient or modern, they work their magic by profoundly influencing how we see the world. Perseus takes the Gorgon’s head; Theseus successfully enters and departs the labyrinth, quelling the Minotaur; both go on to found dynasties that fight to recover Helen from Troy.

As Rubens’ painting The Judgement of Paris reminds us, the Trojan War all began with the Golden Apple of Discord. That tumultuous war over Helen and the eventful wanderings of Odysseus returning from that momentous struggle, symbolise the journey of both soul and mind. Achilles, central to the first epic, and Odysseus, hero of the second, are both described as wrathful: the first an angry demigod and almost immortal, the second a wily man returning to his true home.

The Iliad and the violent birth of Athena from the head of Zeus, mark a profound shift in human consciousness. The era of the Goddess with her priest-kings closes; the era of Reason and the philosopher-kings begins.

In this four week programme, we will explore the way consciousness has evolved, as symbolically reflected in the great Hellenic myths. We will map the unfolding of consciousness over three millennia and explore these themes over these four modules:

Murray is a novelist living in Crete. He has had a lively interest in the myths of the Greeks since childhood, and a professional interest since training as a psychotherapist. His latest novel, The Man Who Knew Everything is to be published soon. 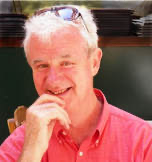