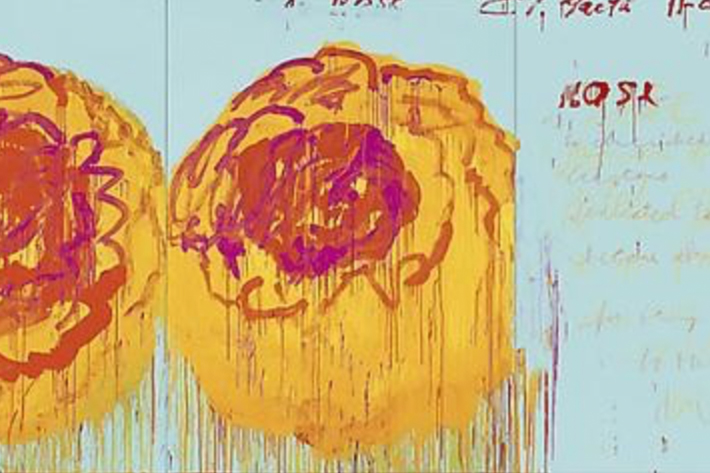 The question of how language after the ‘death of God’ can grasp the fine line between the visible and the invisible stands at the heart of Modernist poet Rainer Maria Rilke ‘s (1875-1926) work. His late works Sonnets to Orpheus and Roses present life in its ‘true figure’ like Orpheus traversing the gates between the living and the dead, between presence and absence, conscious that ‘there is neither a here nor a beyond, but the great unity’. Journeying along disclosures and concealments, Rilke’s poems trace Orpheus as an all-pervading desire for change and metamorphosis, which is mirrored by the real image of roses, the recesses and folds of their petals, the mystery of life and transience within their beauty.

Akin to Rilke, contemporary artist Cy Twombly (1928-2011) focused on mythologies and realms that defy literal representation. Poems, especially Rilke’s, are often integral to his painting. Scribbly and fragmented, the written lines act as painted traces of speech and thought, and of the fragility of how we ‘see’ and name the world.

In this 2-session course, Marius will introduce the life and work of both artists and, discussing selected poems and paintings, how they contribute to modern approaches to ‘unity’.

Facilitator: Dr Marius von Brasch is a painter and researcher living on the Isle of Wight. He has a background in psychotherapy and literature and is especially interested in alchemy and poetry and their connections to contemporary life and art. He was awarded the Abbey Fellowship in Painting at the British School at Rome and has exhibited widely. See his website www.mariusvonbrasch.co.uk 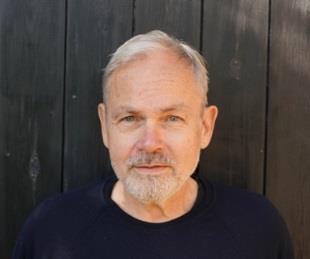