Home The Golden Verses: A Pythagorean Guide to Life (4 Sessions) 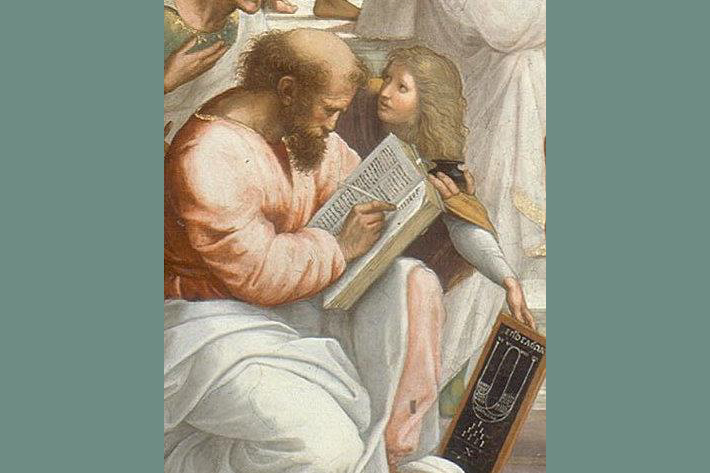 The Golden Verses: A Pythagorean Guide to Life (4 Sessions)

These are the opening words of Hierocles’ Commentary on the Golden Verses of the Pythagoreans, a set of maxims attributed to the philosopher Pythagoras. Hierocles of Alexandria himself was a notable Neoplatonist philosopher, and commentaries such as his on the so-called ‘Golden Verses’ often shape how Pythagoreanism is seen.

Although the ‘Golden Verses’ emerged hundreds of years after Pythagoras’ time, they nevertheless embody the same religious and moral motive:- philosophy as a way of life and as a means of salvation, as Hierocles’ words make clear. We will begin with the elusive figure of Pythagoras himself and then trace the path of the ‘Golden Verses’ accompanied by various commentaries. We will take them in the manner in which they were intended – as presenting a vision of a harmonious cosmos and as a guide to the virtuous, philosophical life to be lived in kinship with it. This course is suitable for those with little or no familiarity with Pythagorean philosophy, and any necessary texts will be provided.

£40 for an invitation on Zoom