Love and Language in Julian of Norwich

Recordings from a study-day given by Dr Eleanor Parker looking at the medieval mystic and writer Julian of Norwich. Julian devoted her life to interpreting a series of visions which were revealed to her as she lay seriously ill in 1373. The work she wrote to record and interpret her visions is a powerful reflection on divine love, and the first book in English known to have been written by a woman. This day explored Julian’s work in the context of medieval English mystical writing and art, focusing especially on the language and images Julian used to explore and communicate the message of love which was revealed to her. 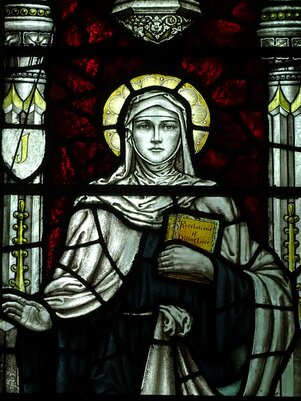 Handout for the day
Powerpoint images